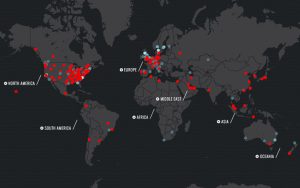 It has been a grim decade for oil investors, writes the Economist. The first-quater results released by the major oil companies prove the industry is in the “worst peacetime crisis”. Two new reports strongly warn the fossil fuel companies to downsize their production or face a rapid collapse. On the positive side, a recent study of the world’s top 500 investors has shown almost half of them started considering climate risk in their strategies. Meanwhile, the EWG President has urged the EU to raise its climate ambition in line with the new Paris Agreement commitments. On May, 12 the EWG will present a new comprehensive book on highly controversial fracking. This news and a new study on energy storage in our newsletter.