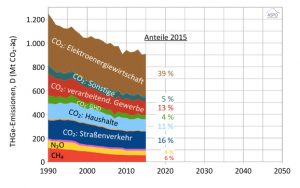 The Paris Climate Agreement came into force on November, 4 – three years earlier than planned. Now it is time to deliver and the Energy Watch Group has analysed for you the climate and energy policy of Germany. Our new study shows that the current German targets are too weak and inadequate in the light of the global 1,5 C target. To deliver on Paris targets, Germany needs to introduce a zero-carbon economy as soon as 2030. Meanwhile, the International Energy Agency (IEA) still heavily underestimates the growth potential of solar PV and wind energy, our analysis of the IEA’s Medium-Term Renewable Energy Market Report 2016 shows. The good news comes from scientists: The Lappeenranta University of Technology has launched the first of its kind model, which simulates the world fulfilling the Paris Agreement targets. Read more in our November newsletter.